It is fashionable to be beardy,
even more in November
– for a very charitable reason.

In my Insta-Stories, I asked you guys, if you need some more information about, what the Movember campaign is, what you can do and how you can do it. And you all wanted some more Information, so here we go!

In November, the movember foundation and everything who wants to join them, lets their beards grow. Why? It shall remind people of the importance of men’s health.

All the guys, who let their beards grow for men’s health and go with the Movember wave,

Why a Moustache aka beard? Because that’s just a typical men’s sign.

The Movember foundation’s Slogan is:

Oh, and by the way: Movember is a mixture of Moustache and November.

Why do we have to be reminded of men’s health?

Because lots of men suffer from prostatic cancer, testicle cancer or suffer from bad mental health. Those three named health problems are the men’s gravest ones. And well, men are more unlikely to talk about their issues than we women do. Often they think, they have to be strong, because: „I am a man“, but having health problems and not talking about them or worse – ignoring them – has nothing to do with strength.

So, dear guys out there, you can really talk about health problems!

It is more manlike to talk about them than to not do it!

The Movember foundation wants men with OR without health problems to talk about their health, additionally they suggest them to MOVE and to care for an healthy socioenvironment.

What YOU can do to help

Well, you can either grow a MO (or, if you are a woman, support the men, who do that), or you take a MOVE.

By taking a Move, you can run for men’s health everywhere you want to – alone or with a team. By doing the run, you are fundraising as well and Support all the men out there to open up and you support experts from all over the world, who collaborate to gain solutions in medical research for the health problems named above.

By growing a Mo, you either donate yourself or you are creative and – that is an idea from the Movember foundation, I really like – announce, that the most generous donor has to decide, what colour your Mo gets or stuff like that.

You just have to sign up on
https://at.movember.com/?home
and you are in! Congrats!

The Beardy Basterds are one of many groups, who support the Movember foundation and are part of the huge Movember wave. To get more supporters and new team members, they arranged a photo shooting with the hashtag name „#bealocalhero“ to call up all the people around Innsbruck to join them. You can see a part of the team on set with me in the middle. Here’s their Facebook page: https://www.facebook.com/beardybasterds

Movember is a good thing. Are you in? 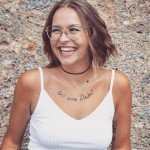